The following information on the proposed East Antarctic Representative System of Marine Protected Areas (EARSMPA) was provided by Australia:

The proposal to establish the EARSMPA was first presented to the Scientific Committee in 2011 (SC-CAMLR XXX/11) and to the Commission (CCAMLR XXXI/36) in 2012. Since then, the proposal and draft measure have evolved to incorporate feedback from discussions between Members. The EARSMPA model is designed according to the principles of systematic conservation planning. The current EARSMPA proposal (CCAMLR-39 29/07 rev1) outlines conservation objectives including representativeness of complex biogeographic regions, protection of regional biodiversity and key ecosystem processes, habitats and species in three areas; Drygalski, MacRobertson and D'Urville Sea-Mertz, East Antarctic, and monitoring of ecosystem change without the impact of fishing activities in the region.

Discussions regarding the proposal to establish a MPA in East Antarctica are on-going. 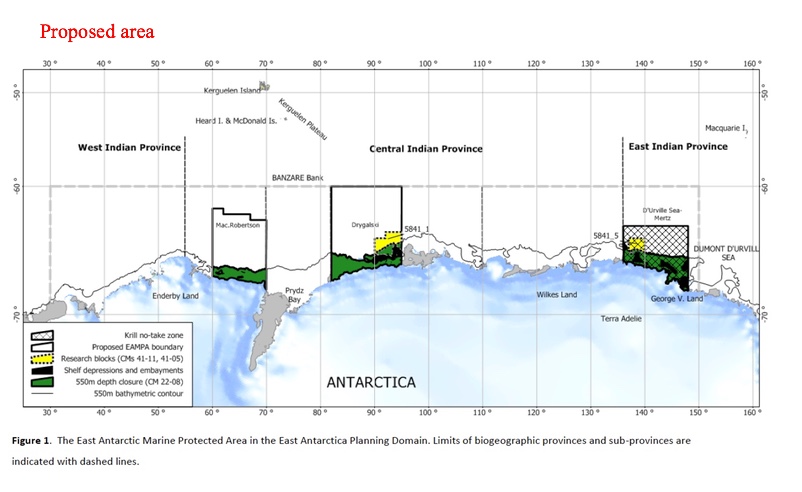